Mi A3 Android 10 Update to Start Rolling Out From Mid-February, Xiaomi Announces 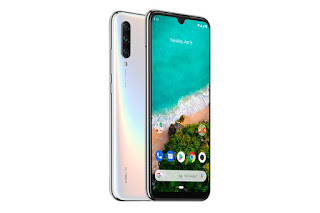 Mi A3 is set to start receiving Android 10 update in India in the middle of February, Xiaomi has announced through a social media post. Notably, the Mi A3 is based on Google's Android One programme that is aimed to provide a stock experience along with regular OS updates for two years. The smartphone, however, is receiving the latest Android update after over four months since its release for Google Pixel devices back in September. This is in contrast with the company's Redmi K20 Pro, Redmi K20, Mi 8, and Mi 9 that already received fresh MIUI 11 updates along with Android 10.

In an official post on Twitter, Xiaomi India has confirmed that the Mi A3, which is the company's latest Android One device, is getting the Android 10 update soon. How soon? Xiaomi says that the Mi A3 is scheduled to get the Android 10 update starting mid-February. There's no mention of whether the devices will start getting it in batches or all the devices will get it at once. That said, the new update is coming soon and those who have been waiting for it since ages will finally get to see the new Android soon.
Share :
Tweet
✚