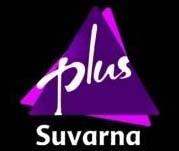 
After dominating the Kannada small screen with Suvarna, Star Network has announced the launch of its new Kannada GEC, Suvarna Plus. The new channel will go on air from July 14, 2013. It will offer genres like comedy, non-fiction, movies and music. Its content offering will cater to the entire family.

Suvarna was launched in 2007 and has made its loyal base with women as its core. Today Suvarna is the leader in weekday prime time and offers some of the most watched shows in Kannada like Amrutavarshini, Kannadada Kotyadhipathi (Kannada version of KBC) and many more.
The idea behind Suvarna Plus is to create content which acts as a stress buster, the content offering will be movies, comedy fiction shows, reality shows, chat shows, film-based shows and music. The channel will also offer content targeting the youth with shows like Campus Connect.
The tagline of Suvarna Plus, ‘Masthi Swalpa Jaasthi’, captures a basic tendency of humans to get ‘A bit more’ in everything and it promises the viewer ‘something extra’ in terms of entertainment.
Although both Suvarna and Suvarna Plus will operate in the same market and cater to the same viewer base, they are positioned differently and have different gratifications: Suvarna’s key offering is fiction shows where it has positioned itself as a companion to viewers. Suvarna Plus will act as a stress buster and will be a complete entertainer.
Star Network is the only broadcaster to have two general entertainment channels in the Kannada market.
K Madhavan
K Madhavan, MD of Asianet Communications, said, “Karnataka has been a key market for us, we are buoyant and see huge potential in the Kannada television space. Suvarna has been offering wholesome family entertainment to Kannada homes and is the leader in prime time. Suvarna Plus is our new offering which will have a new perspective in terms of entertainment. Both these channels will have distinctive content offering. With the launch of Suvarna Plus we intend to increase our dominance in Kannada GEC market”.