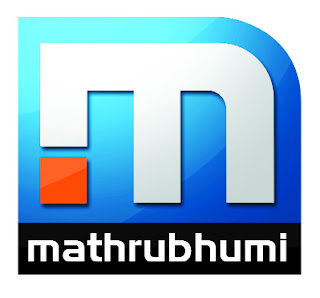 Mathrubhumi, the second most read Malayalam daily of Kerala, is gearing up to launch a 24-hour Malayalam news and current affairs television channel – ‘Mathrubhumi News’. To set up the channel, the group is taking the help of NDTV as consultant.  Speaking to exchange4media, MV Shreyams Kumar, Director - Marketing and Electronic Media, Mathrubhumi, said, “The channel will be available soon and we are expecting to get licences shortly. The recruitment is already on and the channel will be operating from Thiruvananthapuram.”  Mathrubhumi News will face some stiff competition from four well-established Malayalam news channels in the state – Asianet News, India Vision, People (Kairali) and Malayala Manorama. When asked about the USP of the channel, Kumar remarked, “Content has always been our core strength and we know that on the basis of the content, we can get more viewers.”  He further noted that the news channel penetration in the Kerala market was still below 10 per cent and that in the next few years it was expected to go up to 15-18 per cent. “There is a lot to see in the market and we see this as an opportunity,” Kumar affirmed.  Mathrubhumi is foraying into the electronic media domain in Kerala at a time when the Assembly elections in the state are scheduled to take place. However, the date of launch of the channel has not been decided on yet, but there are strong speculations that channel would be launched ahead of the forthcoming Assembly elections, likely to be held in May 2011.  Meanwhile, apart from the established players, competition is also expected from some more new entrants. There are speculations that the state could see a few more channel launches ahead of the Assembly elections. These include a channel from another leading media house, Kerala Kaumudi, and one by Janapriya Communications, promoted by K Muraleedharan, son of late K Karunakaran. It is also learnt that Chennai-based Sun Network’s Surya TV, which is an entertainment channel in Kerala, is also all set to launch its news channel.